Value of the Warrior Scholar

When the surfing craze first began in Southern California, there was a young man who bolted a surfboard to the top of his car so that he would always look cool. That is a type of “value,” but not the Value we wish to develop. That is a shallow value where appearance is everything. Fit only for a person who has no thought that they might ever have to stand and deliver. That would be like a Roman of long ago, wearing a sword they can’t use, claiming to be a man of the arena. Can you see how this might not work out so well?

We are going to use the movie Rocky to illustrate being a martial artist, and to provide the emotional power you need for this position. It would be good if you would see that movie again. In it you will come to a part where Rocky doubts he can win, but hopes he can go the distance. He strives to become the man who can meet that challenge. That is a Value. He didn’t have to try for that.

Nobody expected Rocky to put up much of a fight against Apollo Creed, the heavy weight champion of the world. He was going to be paid regardless of his performance. He could have gone into the ring, sparred for a few rounds, joked around, and then walked off with his check. Instead his Value took over and drove him.

Let’s really work this into the ground, for it is important. The pseudo-surfer we began with, has his one type of value. Rocky, driving himself to his own personal limits, to become the type of man who can go fifteen punishing rounds with the boxing champion of the world, is another type of Value. So having said all that, we come to the big question.

What if the fight had been called off? Is Rocky a “nothing?” For our purposes Rocky became a “winner,” when his Value drove him to become the kind of man who could go the distance. Can you see that such a Value is a type of super power?

Once you have it set within, you can go anywhere and have no inner confusion. When you are surrounded by the chattering class who are trying to convince all, including themselves, of their mental abilities, the hero is rock-solid. But there is a difficulty in obtaining this steel core. While values are a part of being human, they can only be brought forth by adversity. The hero to be must purposely choose and experience difficulty, and overcome it, to have a value system that will guide him across any arena. You read of this in novels and see it in all the better movies.

Rocky’s training sequences are as famous and more popular than the fight that followed. Luke Skywalker had to learn the ways of the Force and train with Yoda. Neo, in The Matrix, trained with Morpheus in Kung Fu. I began my martial arts training in 1963. Don’t let this intimidate you.

We can accomplish the development of your Value in a less dramatic, but equally efficient manner. So now we are coming to the really BIG question. What is the value that drives the 2nd Position?  Bear with me a little longer.  While I ask one more question.

What if there were a single sentence, just nine words, that said, believed, and acted upon, would change your life for the better? I will tell them shortly, and I want you write them down in your Journal, and then think about them.  Because they will produce a big change in your life. If I had to summarize this entire book into nine words, these would do fine.

They would be the metaphorical equivalent of the Red Pill in The Matrix, just not as fast acting, but just as powerful. If you recall Neo in The Matrix is having something of a comprehendible life, he meets Morpheus, takes the Red Pill, and then is vomited from the “normal” worldview into one that is completely different. Without all the cinematic drama, this will do the same for you. As you make this sentence your own, it will shift your worldview, and alter your paradigms.

This is the hero’s thought when regarding his life, and his environment. The hero will not be overly preoccupied with acquiring, but in becoming. Recall that I said values worth having were borne of facing adversity. And you, being “The man in the arena,” have already made that choice. Now you know why.

If you wish to question more, consider that most heroes from myth, movie, and novel do this. Luke trains, with difficulty, with Yoda, and Neo does the same with Morpheus. There is a good chance that sometime in your life you had an excellent mentor who cared only for your development. If not, I will do until you find one. And perhaps someday you will become one.

Consider these words. It will take some work to grasp their power, but see what happened when you do. Clothes, watches, all accoutrements and sartorial splendor become meaningless as you focus on what you have naked in the shower, rather than some role and costume you have been conditioned to value. Now you are no longer concerned with the opinions of others. You will only purchase what you really need, and that as frugally as possible, for to spend money makes you a slave of those who control it.

Look about you. Does it seem that many care about what they actually are? Is not the majority of media content devoted to consumption, status, and greed? For most Americans their car is their identity.

What if you erase your concerns for these things?

You have set yourself free. This might be a little abrupt, but can you almost feel it? The things that were your goals have now lost much of their power over you. You are in the first stage of becoming a free agent. Work this over in your journal. Here is a little mind game that might help.

Imagine that you had everything you ever imagined, all the possessions, significant others, and not so significant others. Your face is often on magazine covers, and you are being asked to lecture at Harvard, again. If that were you, then what would you want?

What would you value?

This means that you have gone into yourself, seen your potential and abilities, and now are developing them. How would that be?

You remember the Star Wars bar scene? All the different species and races from about the galaxy will have different worldviews. It would be extremely difficult to make everyone happy, to conform to their standards, which is why some get killed. But that isn’t the point.  Trying to make everyone “happy,” shouldn’t be your inner compass. You are going to have only a few ways of guiding your behavior. A very large number get their behavioral cues from others, they are behavioral chameleons. Others have compasses set early in life, and will act the same anywhere anytime. The hero decides for himself what his own values are, and he is comfortable with them anywhere, and with any group. If you are to be autonomous, then you need an identity to fit, and emotional control, so that you cannot be controlled.

And most of all you want to value what you are over what you have.

“You have power over your mind – not outside events. Realize this, and you will find strength.” — Marcus Aurelius [Emperor of Rome]

Value is something like water pressure in a hose. Purpose is how and where we aim the hose. We have determined our super Value, and so now we must work on Purpose. 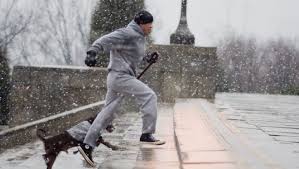 Today is victory over yourself