If the worldview that surrounds you is that life is meaningless, that you and your actions have no value, then how is the exceptional individual to set his internal gyroscope?

If you had a talking fish and asked how the water was in his aquarium, the answer would be, “What is water?” Worldview is the water in your aquarium and it is formed by all the inputs in your life; TV, the movies, the articles you read, and the lecturers you listen to. Not so log ago TV movies and sitcoms usually dramatized a moral value. This has given way to protagonists who lack character and a strong moral compass.

A modernity, another word for nihilistic post modernity has created a worldview lacking in heroes and purpose. Nassim Taleb says it well, “Modernity: we created youth without heroism, age without wisdom, and life without grandeur” Is this what you want to be apart of, or to escape from?

The present situation is that most are not capable of doing anything with their own hands to secure their survival. Many would be challenged by changing a tire. Much of what passes for knowledge in the universities is neo-Marxist trash, taught by the same. Rather than encouraging dialogue, they censure it out, and shout it down under the banner of PC. The thought processes which used to be the stock in grade of the university, and the educated person have been bound,  castrated, and criminalized.

This is not a political tirade. Any thinking person can see that the time of Big Brother is aborning and it wwill take an exceptional individual to do better than the protagonist of 1984. Those who would be exceptional are in danger of being overwhelmed by a tidal wave of mediocrity that states that great acts and achievements are meaningless.

It is a common, unspoken assumption that there has been an unbroken line of progress from the past till now, and that we are in the best of all possible worlds. There have been many times in the not so distant past when the shit has hit the fan. I very much like the following words.

Turning and turning in the widening gyre
The falcon cannot hear the falconer;
Things fall apart; the centre cannot hold;
Mere anarchy is loosed upon the world,
The blood-dimmed tide is loosed, and everywhere
The ceremony of innocence is drowned;
The best lack all conviction, while the worst
Are full of passionate intensity.

That was written by Yeats after WWI, but I feel it is relevant now, especially considering the resurgence of mediocrity under the new colorless banner of Post Modernism. 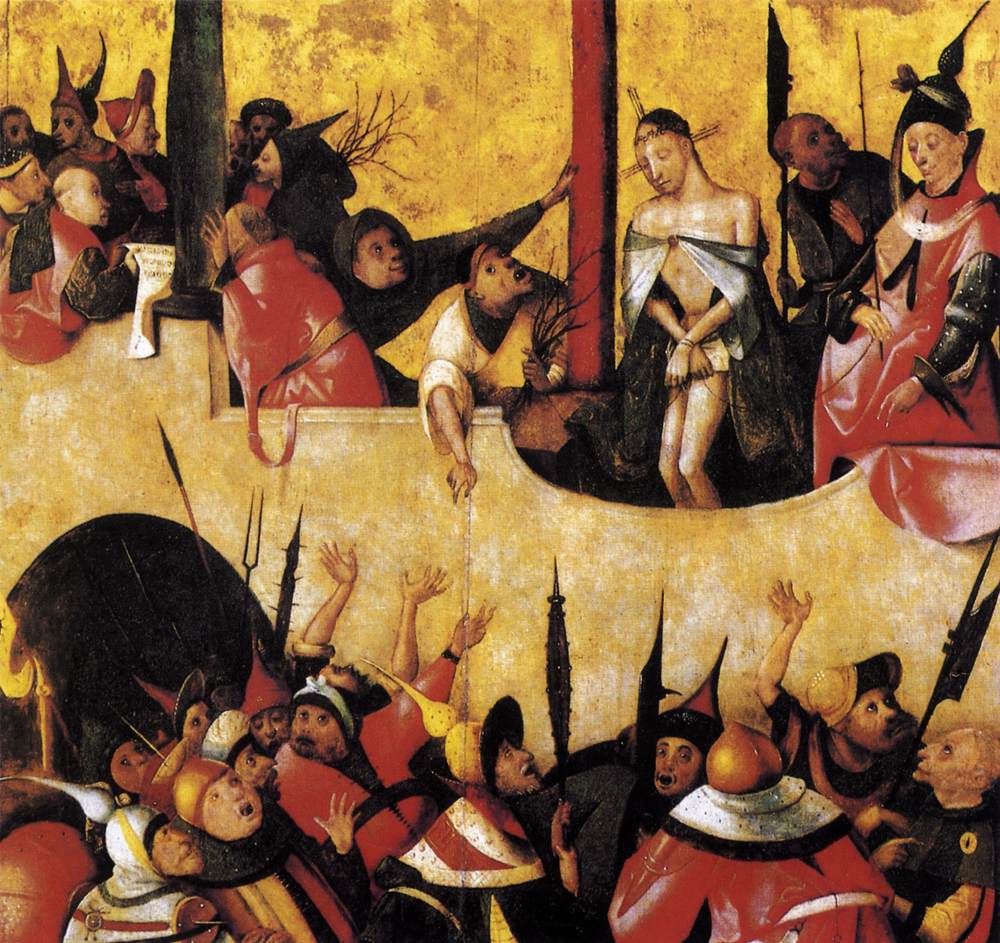 “Postmodernism is typically defined by an attitude of skepticism, irony or distrust toward grand narratives  and ideologies , including objective notions of reason, human nature, moral universalism, and objective reality   Instead, it asserts that claims to knowledge and truth are products of social, historical or political interpretations, and are  socially constructed.”

In a meaningless world empty of all but the most banal values it is easy for those of verbal virtuosity to gain the power and control normally rendered to those of character and substance. Unfortunately this often includes those teaching at the university level. They have taken The Emperor’s New Clothes, and Chicken Little & The Sky is Falling and made them the thought structure for higher learning in the so-called social sciences. If you are worthy, you will believe and preach the valueless pabulum you are fed. One area where this is visible tangible is the so-called field of Modern Art. People, in their effort to appear knowledable and “worthy” will pay twenty million or more for what anyone else would consider a drop cloth. In fact there was a movie wherein at the very end the protagonist didn’t end up broke, because what they thought was a drop cloth was indeed a modern art masterpiece.

If we were to pick ten books that would enable you to perceive the current paradigm and break through, one of them would be The Blank Slate by Steven Pinker. This is a quote from that book:

“The dominant theories of elite art and criticism in the 20th century grew out of a militant denial of human nature. One legacy is ugly, baffling, and insulting art. The other is pretentious and unintelligible scholarship. And they’re surprised that people are staying away in droves?”