Actually his book is an acknowledgement.
It is important that the Traveler have a feel for, and knowledge of, neuroscience, because it is the magic wand that organizes thousands of years of study in; philosophy, martial arts, sports psychology, religion, and culture. These are all strands in the web we metaphorically call World view. So I want you to read David Eagleman’s work. He has two books out dealing with neuroscience; The Brain, and Incognito. I think that The Brain is written better, but I comment most on  Incognito because I want to argue against its main hypothesis. 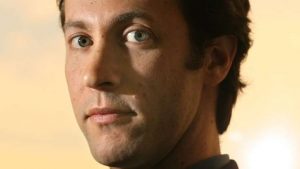 If we were to summarize the book Incognito  in a single quote it would be,

“Your consciousness is like a tiny stowaway on a transatlantic steamship, taking credit for the journey without acknowledging the massive engineering underfoot.”

We really don’t think so. David Eagleman directs the initiative on Neuroscience and Law, hence has an ax to grind. He seeks to prove that there is no free will, thus criminals are not to blame. Instead, they just have a bad neural component which might be treated chemically or with exorcism of some type or another. In other words, we are meat-robots with a defective component.

I have serious disagreements with this world-view, yet highly recommend the book. Besides being entertaining and informative, he provides us with two excellent openings with which to launch The Traveler’s Guide. One, is his materialistic thought structure of the world as a washing machine. With which we strongly disagree.  And then there is his excellently presented neuroscience which helps establish a very firm foundation for  Rules of Thought.

First we’ll let David explain materialism as he projects himself into a Bushman.
“As an example, I’ll mention what I’ll call the “radio theory: of brains. Imagine that you are a Kalahari Bushman and that you stumble upon a transistor radio in the sand. You pick it up, twiddle the knobs, and suddenly, hear voices streaming out of this strange little box. If you’re curious and scientifically minded, you might try to understand what is going on. You might pry off the back cover to discover a little nest of wires. Now let’s say you begin a careful, scientific study of what causes the voices. You notice that each time you pull out the green wire, the voices stop. When you put the wire back on its contact the voices begin again. The same goes for the red wire. Yanking out the black wire causes the voices to get garbled, and removing the yellow wire reduces the volume to a whisper. You step care fullally through all the combinations, and you come to a clear conclusion: the voices depend entirely on the integrity of the circuitry.
Proud of your new discoveries, you devote your life to developing a science of the way in which certain configurations of wires create the existence of magical voices. At some point, a young person asks you how some simple loops of wire can engender music and conversations, and you admit that you don’t know—but you insist that your science is about to solve that problem..
Your conclusions are limited by the fact that you know nothing about radio waves. The fact that there are structures in distant cities called radio towers—which send signals by invisible waves that travel at the speed of light—is so foreign to you that you could not even dream it up. You can’t taste radio waves, you can’t see them, you can’t smell them, and you don’t yet have any pressing reason to be creative enough to fantasize about them. And if you did dream of invisible radio waves that carry voices, who could you convince of your hypothesis?”
So you would become a radio materialist. You would conclude that somehow the right configuration of wires engenders classical music and intelligent conversation. You would not realize that you’re missing an enormous piece of the puzzle.”
I would suggest that Eagleman is missing an enormous piece of the puzzle. Just as the Kalahari Bushman has a certain mental framework, so too does the author. I would guess that it would be hard to find a group further from materialism than Kalahari Bushmen. And it would be very informative to study how the working of a radio would really be interpreted in his scenario. I guess that it would be very spiritual and involve dreaming. David is really speaking of his own difficulties, and let us say that his ‘transistor radio” is free-will.

If you have a view of the universe as a giant washing machine type structure, then you will of course have difficulties when your relatively simplistic word models fail to adequately explain it. But lack of an explanation does not prove an explanation does not exist. Most of the theories of the 19th century, which were dear and cherished at the time, are now ridiculed. The words free-will have meaning to most people. They possess semantic density. And this cannot be erased away by the lack of a materialistic explanation in the early 21st century.

Think of the survival value of free will. Is this not why we dominate the earth? Is it not how our complex society can function? Most of us have free will regarding with whom we have sex, how we act in public, what side of the road we drive on. And we have the ability to change instantly when the circumstances require it. The majority of us obey the law. And most of those who don’t, do so because for them crime pays. Are there organic irregularities that produce deviant behavior, of course, but that doesn’t eliminate the concept of free will.

Don’t read over this too fast. It is critical to the development of the Traveler that he begins to see how classical Aristotelian Logic, so devotedly preached in the majority of university classrooms, is culturally inferior. This is a major part of the great value of Incognito. That while the author wonderfully demonstrates how learning forms the brain, and how there is no objective universe, he fails to see how the structure of his language has structured his thought processes so that he must deny the existence of something that is a part of him.

David Eagleman begins Incognito by describing the brain’s complexity. Yet his analysis is reductionist and simplistic. His imaginary Bushman at least examines the radio as a whole. How far would he get, if he took it apart and examined the wires and transistors?

Let’s try to help Dave out and give him the tools to work with.

Ecological: Would it not be better to examine the brain as part of a creature in society. Could we then delineate free will? This blends in with:
Systems Theory: A system is more than the sum of its parts, just as you are more than a collection of guts and blood. Is there not something going on in a family that is more than what you learn from knowing the individuals?
Chaos & Complexity Theory: These branches of analysis would seem applicable to studying what the author describes thusly:

Your brain is built of cells called neurons and glia—hundreds of billions of them. Each one of these cells is as complicated as a city. And each one contains the entire human genome and traffics billions of molecules in intricate economies. Each cell sends elec­trical pulses to other cells, up to hundreds of times per second. If you represented each of these trillions and trillions of pulses in your brain by a single photon of light, the combined output would be blinding.
The cells are connected to one another in a network of such staggering complexity that it bankrupts human language and necessitates new strains of mathematics.

Could not free will come about by a function now difficult to delineate, but incredibly valuable to evolution? There was a time when western civilization did not have a name for the color blue, hence Homer’s, “…the wine dark seas..” but blue existed. The sky was often blue as was the sea, and all the ancient peoples could have matched color samples to what they saw, they just didn’t have a word for it.