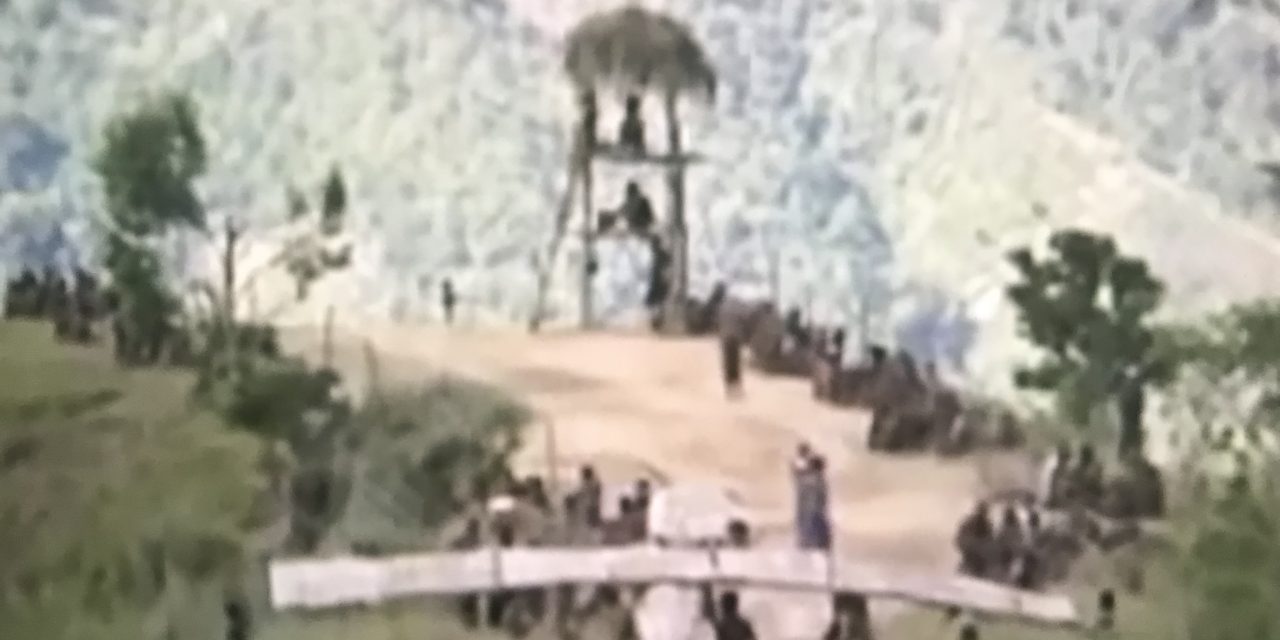 In March of, 1997, Thirty-eight Heaven’s Gate members committed suicide believing it was the only way to evacuate Earth to an UFO believed to be trailing Comet Hale Bopp.

What if you are a member of a cult and don’t know it? If you were born into it, if other ways of thinking were: not taught, censored, and ridiculed, how would you know? And if you did know, what then? Would you choose knowledge. Would you want to be the one-eyed man in the land of the blind, being forced to take Remedial Stick Tapping and repeat Elementary Groping?

“Jonestown”, in Guyana, was an American religious cult under the leadership of Jim Jones. 900 Americans died there from cyanide poisoning, in an event called “revolutionary suicide”. If you could have spoken with some of those 900 before their death, what would you tell them? How do you explain to someone that their deadly beloved map fits no territory?

Obviously if it is a small cult, then you might point out the differences between the cult member and the majority of those around them. But when you think of the Moonies and Hare Krishnas, they take pride in being different. Most cult members do. At the extreme cults often ask you to commit your possessions. I have seen people give their houses and salaries over. Obviously in the case of those wearing robes and selling flowers, someone else commands their time and purpose. A serious looney tune would be prevented from communicating with those who might cure them. Cults limit your choices of what you can do, and what you can think. Usually cults will demand extreme behavior, using cognitive dissonance to reinforce your membership, with alienation from “normal”.

Why belong to a cult? How do you bring yourself to suicide and the murder of your own children? It has to do with a search for “meaning”.

So most surrender their choices to find “meaning” in someone else’s linguistic nonsense. A new and powerful cult is now forming in the United States, that goes roughly by the name of “Political Correctness”. Many of the young are finding their meaning in this new religion, just as for thousands of years others did with religion. Another new and powerful suicide cult is forming in the middle east, that of the suicide bomber.

What if you don’t have a choice? What if you have to join a cult? If we equate cult, and world view, then you are going to belong to a cult. Either you will create your own thought system, or you will be a slave to someone else’s. Your challenge then, is to form your own world view.

Make every effort to comprehend the world view of the Cargo Cult member. I strongly suggest that with little change it is that of your professors and politicians. I further suggest that once you really get into it, it be somewhat similar to your own. Would a Cargo Cultist want to know about aeronautical engineering? Or about the true nature of “cargo” ? What kind of effort would it take to change his world view, and what kind of person, being in a cargo cult, would want to change and why.,