THE ROAD BACK.  About three-fourths of the way through the story, the hero is driven to complete the adventure, leaving the Special World to be sure the treasure is brought home.  Often a chase scene signals the urgency and danger of the mission. 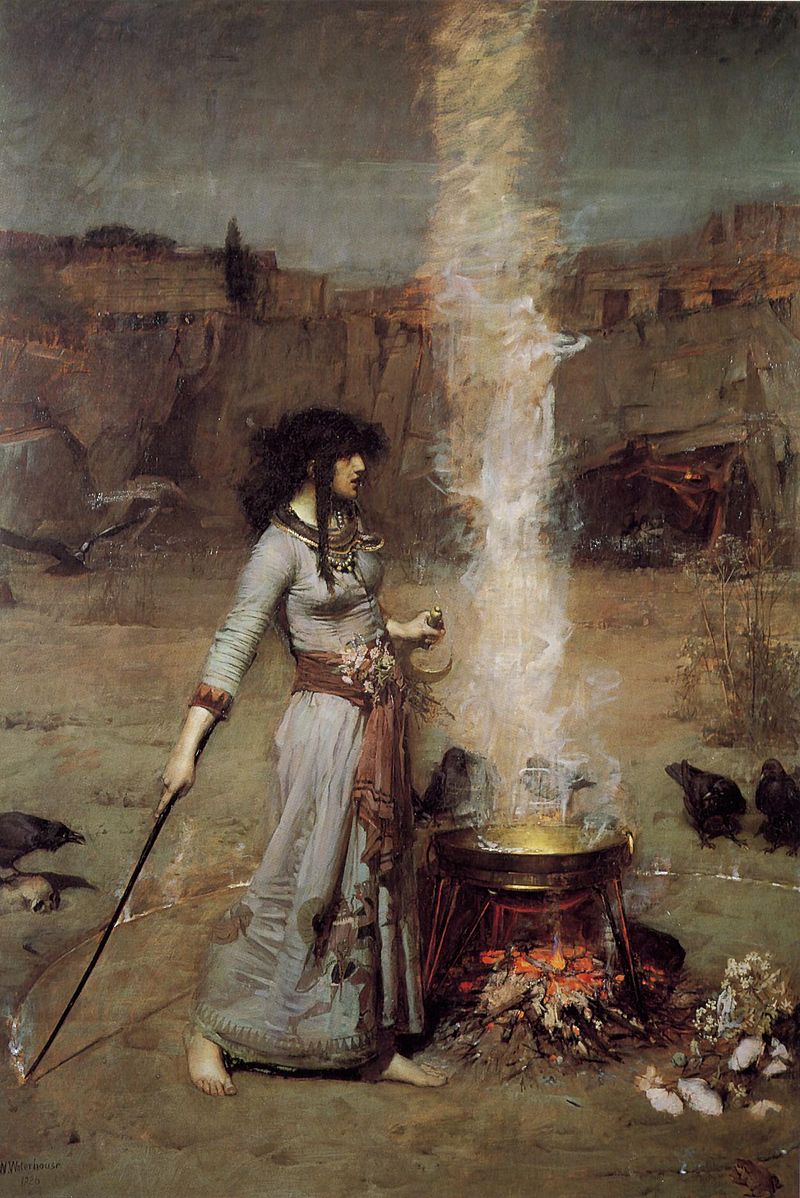 Let’s make up something for this art work. Let’s say that this woman’s distant village has been stricken with a terrible disease. Our heroin has three children as as she watches, they become ill. She learns of a distant sorcerer who has a cure, but won’t part with it. She declares that she will go for it. The village mocks her, tells her that her children are a sacrifice to an angry god for the villages sins. In he above scene she has forced the sorcerer to make a batch and will shortly return home.

4 — Meeting the Mentor…when the student is ready, the teacher will appear.

1 — The snow leopard amongst the sheeple.