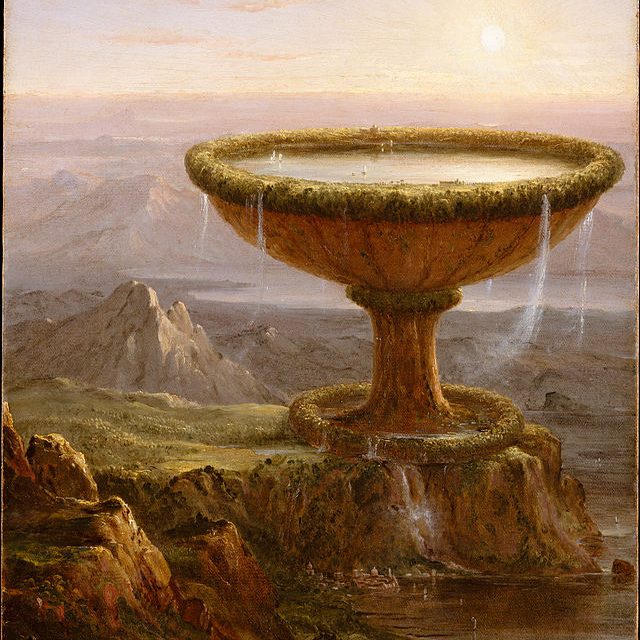 If what follows sounds strange, weird, that is my fault, not the material. Recall that in several places I have said I don’t make this up, just arrange and present it. The thought processes of those successful in business, science, and innovation, are utterly nothing like you learned in most university programs.

In other words your present thought-system did not produce the world about you. That was done by an advanced system that is used by less than one percent of the population. I open with this because you need to know what you are, if you wish to change. If you don’t have a frame of reference all your efforts will just make you more of what you are already.

In our logo, the green background references The Matrix. If you have seen it then you comprehend that Neo could never have conceived his actual existence as a battery, without taking the Red Pill. If you haven’t seen it, try and find it on Netflix or Amazon video. If they don’t have it you can find bits and pieces on YouTube.

I have included an excerpt below.

Not having a Red Pill to send you I will still attempt to give you another vantage point with which to examine your thought system.

Most likely you and your friends have asked, “What would happen if we were contacted by aliens?”

The movie makers imagine a large flying saucer landing in Washington DC with impotent jets flying overhead, and tanks aiming at the visitor from another world.

Then, the flying saucer slowly lands, the alien appears, and if it’s not an overgrown shiht-tzu, then its someone off the cover of Vogue with a super weapon on her hip, like a space cowboy with large thrusting cone shaped breasts, and drugged out eyes.

And this could only happen if the aliens have misinterpreted “B” grade science fiction movies, and were doing their best to accommodate us.

A side comment here, imagine that aliens are watching us right now, but their worldview doesn’t encompass fiction. When they see all the movies about; Star Trek, Star Wars, The Living Dead, and so forth, they think it’s for real, and are scared off.

That would be aliens projecting their worldview.

Things like super machines, perfect health, unlimited energy, are projections of our time and place.

Instead of flying saucers, it was airplanes, but for island people who had never seen them or had any contact with our culture, it was the same as a visitation from another planet. For in the Islander’s universe there were only two locations, the island, and the spirit world of their ancestors.

Here is how this all went down.

Right now you are identifying with those on the airplane looking at the Cargo Cult members through the fence. Instead, I want you to think of yourself as a member of the Cargo Cult. Give that a good try and you can see that just being aware of what a worldview is, and comprehending your own, is an incredible achievement.

From Wikipedia, the free encyclopedia [abstracted]

I don’t think that the Wikipedia definition quite communicates how crucial or what worldview is.

Let’s try it a different way. Suppose you could ask a fish, “How is the water in your aquarium?”

The fish would reply, “What is water?”

The fish can’t comprehend water, even as you have difficulty comprehending worldview.

So far in my attempt to convey the meaning of worldview, we have said that it is the thing everyone is least is aware of, the thing most taken for granted, and part of your existence that most controls how your life will play out. It is like water to a fish. Another way to convey the idea of water to a fish would be to take him out of the tank and watch him break-dance on the table top. To do the same for you, it is to show you a worldview that is radically different from your own, or perhaps not so much if you are a Liberal Arts professor.

Hence we introduced the Cargo Cult. We will come back to them often.

With regards to worldview, this must be somewhat similar to a fish being yanked out of the water.

I want to summarize here.:

When you imagine a “flying saucer landing,” it is all a projection of your own worldview. You will notice the decrease in saucer sightings now that everyone has a camera on their cell phone in their pocket.

The Cargo Cult is the result of an alien landing interpreted by a different worldview.

A worldview has its own rules of thought. If you can realize the rules of thought that limit you, then with much effort you can rise above your culture. And now we are back to the scene where Morpheus is trying to explain the Matrix to Neo.

He talks, then gives Neo the famous choice between the two pills, the Blue and the Red Pill. When you watch the scene below, replace the word “Matrix,” with worldview.

A last scenario for you. Imagine you visit an island where in the inhabitants are very involved with making totem poles. They have serious disagreements about where specific heads should be located on the pole, and they attribute the disagreement to different worldviews.

Not so. They have the same worldview, but you are as different as an alien.

On the landing page, we spoke of Pen & Sword in Accord. This post is a foundation for further work in the Pen category. The successful Hero, must of necessity have a superior intellect to those who would hinder him. The beginning to all this is knowing that there are different thought systems, and the foundation to building a better one is to comprehend the worldview you now have.