I am the man in the arena..

The Journey begins when you choose the Arena over the Mob.

Words are not enough to communicate with you, so I attempt to find movies, or their segments that demonstrate the idea, and hopefully ignite the emotion needed. Our movie for Arena, is Gladiator, with Russell Crowe. And the scene that carries the biggest charge is when he runs up the ramp from the slave quarters to the arena. He told his comrades his higher purpose, and then ran up. Didn’t walk, shuffle, or dither, he ran up. What is his mental attitude that he can run up to face the impossible? 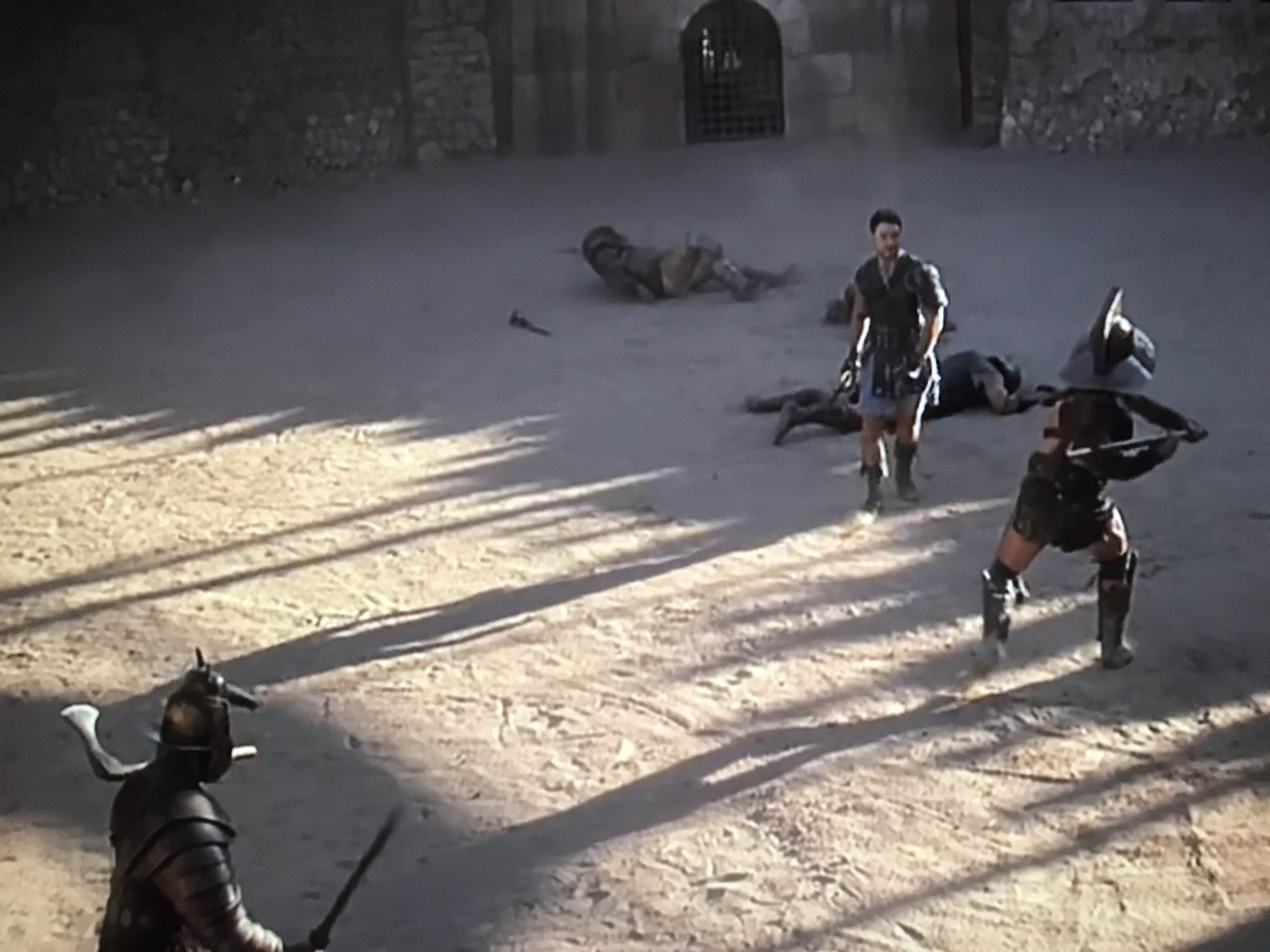 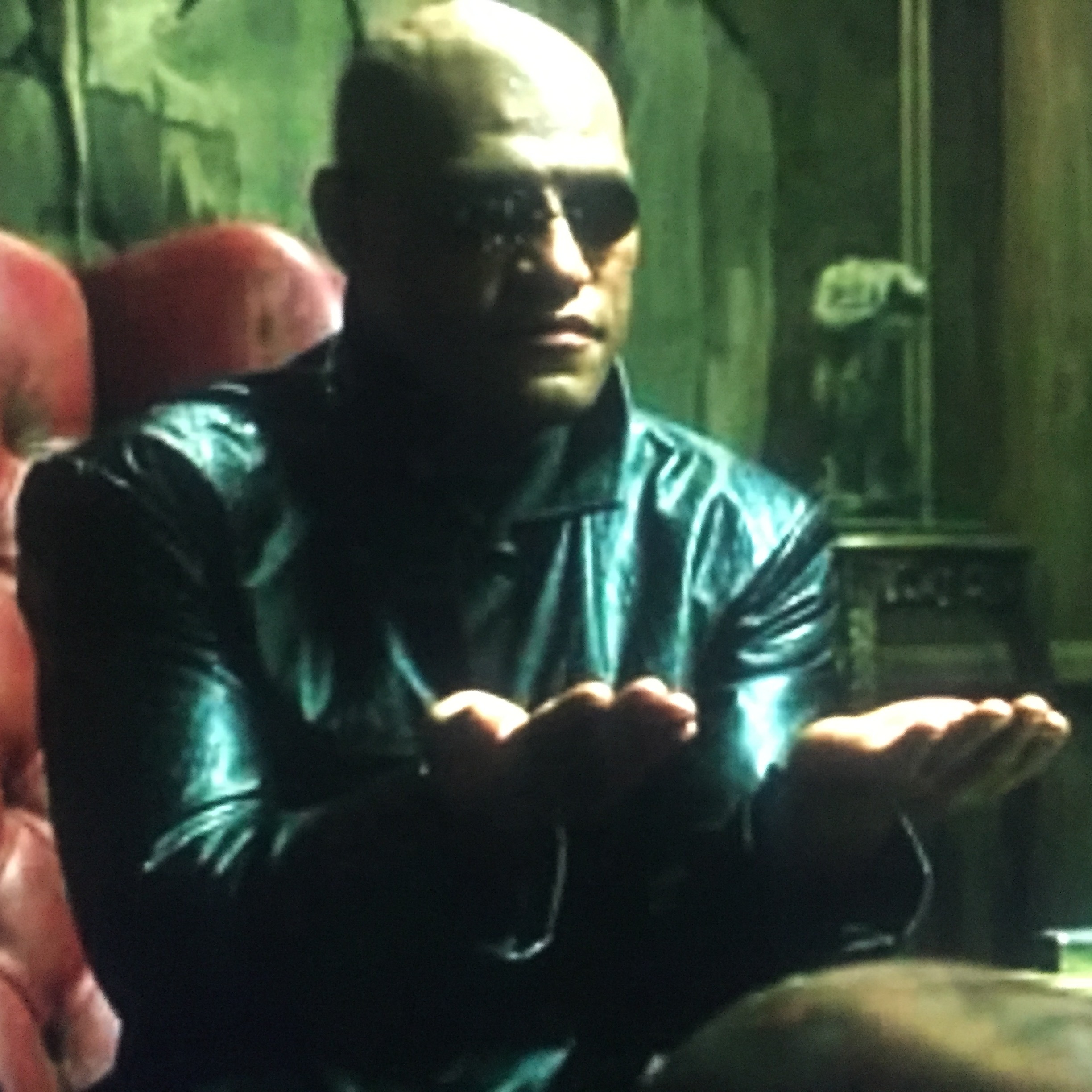 The First position is the commitment to begin the adventure.

Till now not much has been asked of you, except to put up with me. But now we must take the big step. So far we have discussed the situation, dystopia, And we have made some preparation, Journaling and we have looked at a map of the adventure. Now you must choose, close the book or begin. This choice appears in many novels, biographies, and movies, but I will choose my favorite, and perhaps the most famous, When Morpheus gives Neo the choice of the Red Pill, or the Blue Pill.  Do you recall what each pill offered?

The Blue Pill meant stay the way you are. Keep on in your delusion, turning dirt into shit. And the Red Pill stood for entering into the unknown. The beginning of the adventure for Neo. There are Red Pill Moments for all of us when we have to choose between the mob and the arena. Between reading, and imagining, to actually stepping through the gate, across the line that divides the heroes from the mob. But I am not sure if there really is a choice. Does the caterpillar have a choice?

Not really. Caterpillars, at least in the analogy I want you to create in your mind, can’t be worms. They must make the attempt to climb toward the sun and become something they can’t comprehend at the time. And so it is with some of you.

In the time of Rome, while most gladiators were slaves, many free citizens choose to be trained as gladiators. Even an emperor of Rome so chose. Why did they have to do that? They made a choice to leave the comfortable life and enter a world of hurt. This choice i still with us today, and many take it. Mark Devine is a member of a prominent and successful business family, but after completing degrees in business and accounting, he chose to be a Navy SEAL. He speaks about this part of his life quite well, and delineates it as well in several books you should read. Erik Prince [do you believe these names?] was the heir to a billion dollar fortune, but hid the fact and became a Navy Seal, I enjoyed his account of all this in his book Civilian Warriors. These are Red Pill choices.

Mark Devine writes of his Red Pill moment saying he couldn’t take the world he was headed for, that’s how I interpret it, because it is somewhat self-serving for me. I had a somewhat similar moment in 1962. This was a time of war in Viet Nam, and those my age were doing everything to keep from being drafted. I tried to enlist.

I couldn’t handle the crap I was getting at Cal Poly San Luis Obispo. The last straw was an accounting course wherein we had to chase nickels and dimes using a hand calculator with a crank on the side. No computers in 1962. I was assured by the Army Recruiter that my back operation would make no difference, but when I got to Los Angeles for my physical I found that it did, and I was out. Still, I had made my choice, that was my Red Pill moment, and now we are getting to yours.

The problem is whether to consider your life a burden or a joy. How kind of Shakespeare, to have his Hamlet so well frame the central question, even if that isn’t what his Hamlet had in mind when he said:

To be, or not to be, that is the question:

Whether ’tis nobler in the mind to suffer

The slings and arrows of outrageous fortune,

Or to take Arms against a Sea of troubles,

We are all subject to, “The slings and arrows of outrageous fortune,” It is how you deal with it that defines who you are.  So, “To be or not to be…” Red Pill, or Blue. Will you commit? Once committed, your everyday life becomes your Arena, and dojo. And thus your daily activities are repurposed to train you. They become challenges, rather than chores or burdens. And this Process is its own reward.

I have capitalized “Process,” because this is a primary concept. What you are engaging in, and developing are processes. It is not a goal, or possession, or certificate, it is your life process. This is hard to describe until you do it. If you have ever participated in athletics over a number of years, then you would have had some satisfaction in your improvement and progress. This is like that, only ten times more meaningful.

So now I hope it is more clear when I say, “Either you are in the arena, or a rat running a maze.”   Entire fields of psychology have been built around the idea that you are that rat, and advertising people make large paychecks treating you that way. Think on this for a while. A rat runs a maze to get cheese, most people shop, drive to work or school for a similar motivation. It’s just that with humans the reward is often less tangible, and less immediate. You see, the rat has no choice; you do.

The choice is to consider your everyday life as your training opportunity. When you see a carpenter hammering on a house, his motivation is not lifting the hammer up and down, it is building the house. When you live in a mindful state and regard your life as training, you are rewiring your brain and transforming yourself. And this is the end of boredom! Awareness and training, recorded and evaluated in your journal, make your life exciting as you experience growth and change.

To be an Arena type of person depends on what is inside you. I will show you how to make your day-to-day life an arena wherein you will train and become a hero. This doesn’t require a gun or sword, but will and intent. If you have it, we can shape it. This is not to expose you to sword and trident, although the lessons of this book will make you a survivor when others die.

Even in the movies, there is some consideration given to training. Luke of Star Wars trains with Obi-wan and Yoda. Neo of The Matrix is trained by Morpheus, I have been fortunate to train with some of the best martial artists. Miyamoto Musashi was born to a family of swordsmen. And so it goes. Consider what is the one lesson common to all martial arts instructors.

It is that you must control your emotions, or they will control you. And we have a very special way of doing this. You objectify your emotions. See them as beasts in the arena that you will face. You take the emotions out of your gut, and face them across your “blade.” Now as you go through life, the “slings and arrows,” seem to be rats eating out your guts, keeping you awake with their constant gnawing. Instead you detach yourself from these emotions and imagine them, in your mind’s eye, as opponents waiting for you on the sand of the arena.

Think about that for a moment, and see how important journaling is. Once you write down your problem, it is half defeated. Then imagine it as an opponent to summon the emotions of arena combat. In the movie Gladiator there is a point where the emperor Commodus is determined to kill Maximus, the gladiator. His plan is to have Maximus face an even greater gladiator, while trying to keep tigers off his back.

Maximus, in the dark, beneath the Colosseum with the other gladiators, only knows that the emperor wants to kill him. When he enters the arena above, there could be anything waiting for him, and most likely he is going to die. The scene I want you to keep in mind, is just before Maximus enters the arena.

He is at the bottom of a ramp that leads upwards toward the Colosseum floor where he must fight. How would you feel at that moment? Many would shit themselves. Others would whine and hope for some last minute reprieve. When he is summoned, he runs up the ramp. One more time, he runs up the ramp. When you say, “I am the man in the Arena,” The image is Maximus running up the ramp, The emotion is: that your only concern is what’s in the Arena. So while it is almost sure death, Maximus has emotional control. His challenge is out before him, and only out before him.

Most would be torn apart inside by fear and doubt. And that is how you lose. Watch this movie again, but this time with an inclination to see how Maximus does in fact project his problems into the arena. This is only part of what is brought about by the first line in the mnemonic. “I am the man in the Arena.” 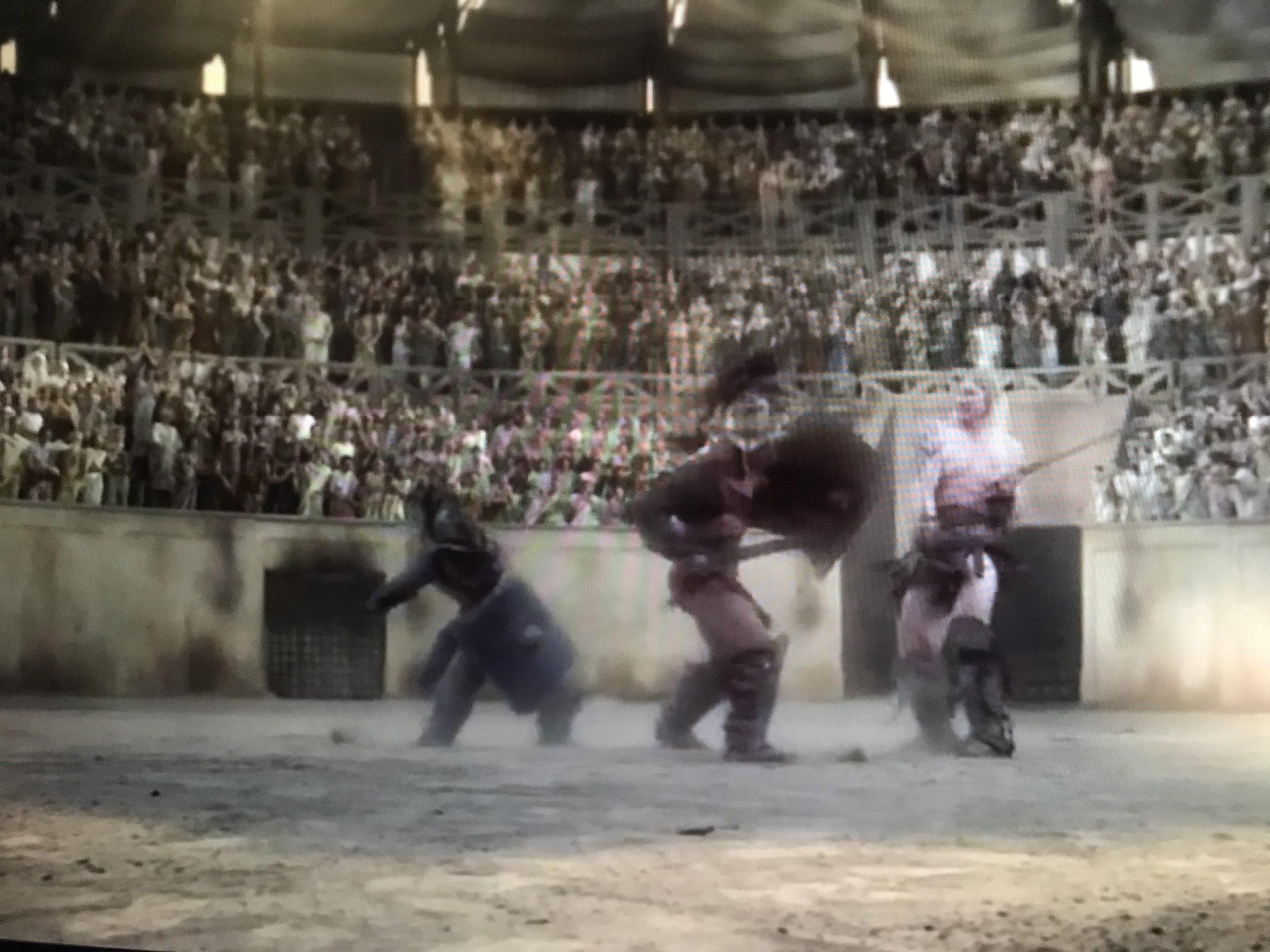 The way you are now, there will be times in your life when it feels like you are at the bottom of that ramp. The beasts of your inner world are tearing up your guts with fears and doubts, monstrous anxiety binds your limbs, dulls your brain, and poisons your spirit. If you were actually in a life and death situation, you wouldn’t survive. What you must do is objectify your emotions and inner demons.

Imagine that your doubt and fear have been made into real beasts, and they are waiting for you.  You must have your challenge at the top of the ramp, and not inside you. You must face the “slings and arrows of outrageous fortune,” like a hero. To do this, in your day-to-day life, you objectify your negative emotions and envision them as beasts in the arena. When you get a bad medical diagnosis, your child is missing, your significant other, is significant to others, you feel that cold heavy lump in your guts and your limbs lose their strength. This won’t do. Using your powers of visualization you objectify, that lump and imagine it as some incredible beast at the top of the ramp. Get all that is negative and weak out in front of you, so you can face it with the totality of yourself.

This isn’t going to work the first time out, and so I suggest you practice before you are in a cart riding to the guillotine. Below I have an exercise that will help. All the Arena is only one part of the mnemonic, and all the positions work together. So you will have more tools to accomplish this state of mind as we go. In the meantime, let’s completely grasp the idea of the man in the arena.

To summarize: We don’t want to fight the Matrix while we are fighting our own emotions. Imagine playing golf, tennis, or whatever you do, with your guts twisting with emotion or your heart breaking. You must objectify these inner demons as something outside yourself, and then deal with them. Accomplishing that is a big deal, and life changing.

or never know what your best version could have been.