How we will do it.
You can't believe or comprehend the totality of a life system until you begin to develop your own. It is not clever sayings and bumper stickers. It has to do with you movement, balance, both physical, emotional, and combined. It has to do with how you analyze and organize all the bullshit of your swiftly deteriorating cyberpunk world. It becomes your superpower, it is the best version of yourself possible, and developing.

If you are sincerely interested, than you will have many question that what follows will not answer completely . This is just a beginning, a rough outline, but consider that:

You need to know that being “The best version of yourself,” is where you would evolve if nothing interfered. Look at the beasts of the jungle. Those that aren’t eaten, become an excellent version of what they might be. What you are after is a natural part of you.

Since you have been blocked by language and culture we will use variations to restore you.

First we must present your reasoning mind with an explanation. But while you think that is your all, it is actually the smallest part of you, and we will use the totality of yourself to win your freedom and excellence.

Steps are what you will take, nine of them. Each of which has its own visualization and emotion. And you will learn them in a

Mnemonic, 25 words to summarize the entire system.  As you use them, you will have nine visualizations and they become an affirmation that will be leant meaning by:

Exercises: Each week we will work on a different step, and have an exercise to help. This isn’t like pushups. This is a repurposing of something you do in daily life such as shower, drive to work, or void your bladder. We increase the emotional power of all this by using:

Movies, which are successful depending on their ability to move you, and we will use the billions of dollars spent on their production to supercharge our progress in many ways.

Music, also can be very powerful emotionally, as are:

Quotes. A good quote can be a driving force all in itself and connects you with others who have walked the same path for thousands of years.

Books! Ah books, how I love them. When I was young, before computers, I considered becoming a librarian or owning a book store. And now in a small way I shall. I will share with you, briefly, books that explain what we are doing, why, and where we are going. In this manner what I lack will be made up for by others.

As an example our 2nd step is Martial Artist, and the movie we associate with that is Rocky. The critical scene is when he says to Adrian, “If I can just go the fifteen rounds. Nobody’s ever gone fifteen rounds with Apollo.”

He knows and trains to become the man to accomplish the purpose.

You flash on this as you say the mnemonic. Each step has something similar.

It is only through labor and painful effort, by grim energy and resolute courage, that we move on to better things. - Theodore Roosevelt

4 — Meeting the Mentor…when the student is ready, the teacher will appear. 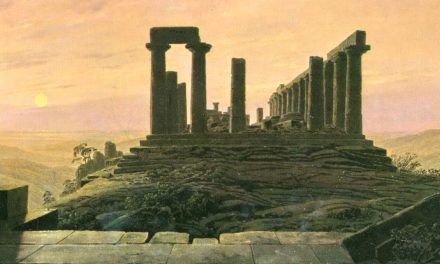 Your purpose is to live this one day perfect