P:V ” Predictive Value of a statement ?”

Elsewhere I mention that the map is not the territory. But since there are so many maps, how do we compare and evaluate them. This is the essence of science. Testing, we compare the “map” with the “territory”. If a map has no predictive value, it is worthless, no matter who drew it, no matter how well drawn. There is a point to this.

It is that many famous, and learned people enjoy popularity and acclaim for their utterances, which are utterly worthless. They have no predictive value. They are a fact about the speaker, and nothing more.

It is to be noted that many speakers make a fine living peddling bullshit. A famous handsome well-loved actress can get on a “soap box”, and mutter many sentences that go together well, but the only thing they delineate is her emotions, or the collection of bumper stickers she has memorized.

When a speaker suggests a solution to some imagined social ill, it is good to ask them to define their terms operationally. How do we experience what their noise refers to. Further, we might ask where did this solution work? And, is this a map they drew themselves, or are they just repeating someone else’s.

After winning the Nobel prize, Max Planck went around Germany giving talks. His chauffeur heard the talk so many times that he had it by heart, and so one time, he asked Max Planck if he could give the address. Planck agreed, they changed places, and the lecture came off famously. But then came the Q&A, with the very first question being one that the chauffeur had no hope of answering. The chauffeur replied: “I’m surprised to hear such an elementary question on high energy physics here in Munich. It’s so simple, I’ll let my chauffeur answer it.”

Metaphorically speaking, when someone begins their talk, ask yourself; if this is Planck knowledge or chauffeur knowledge, where did this work, what exactly do these works mean? Then you will be in a position to evaluate the predictive value of their word maps. 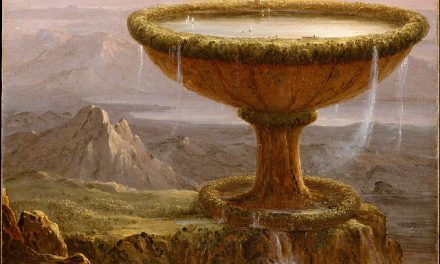 S:A Systems Analysis and the process nature of life.